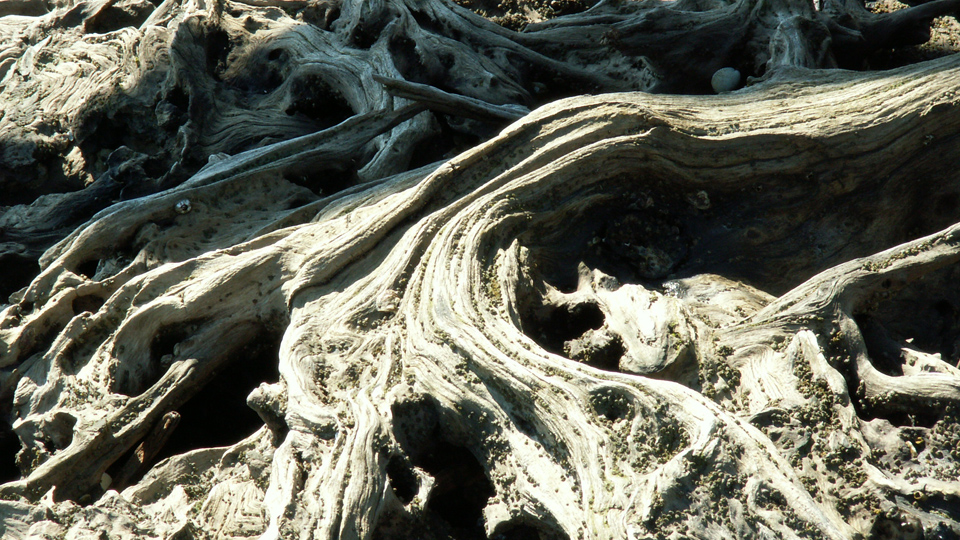 Ossabaw Island’s central high ground dates from the Pleistocene era–the last ice age 40,000 – 50,000 years ago. It is characterized by broad, flat ridges and shallow depressions. High ground on the eastern side of the island is comprised of steep, parallel dune ridges, forming less than 4,000 years ago during the Holocene era–after the last ice age.

Ossabaw Island’s 9,000 upland acres are dominated by maritime forest, characterized by massive live oaks (Georgia’s state tree), several holly species, southern magnolia, dogwood and other hardwoods. Towering cabbage palms (one of the few species of palm native to the southeast) along with dense thickets of sawtooth palmetto are widely distributed throughout Ossabaw’s forests. During the 18th and 19th centuries Ossabaw’s live oak and red cedar reserves were harvested for ship building. As a result, the old growth forests are gone. Most of Ossabaw’s maritime forests are secondary growth: live oak, magnolia, red cedar, dogwood, holly, and slash-, loblolly- and longleaf pine varieties.  These varieties of pine species are found throughout Ossabaw Island—in some cases growing alongside hardwoods, making those communities mixed forests. Vast stands of towering pines dominate the island’s south end. During the 19th century much of the island’s forests were cleared to make way for Sea Island cotton fields.  Most were abandoned at the end of the Civil War, and pines began invading these fields. Those pine forests were harvested for pulp during the 1940’s and 1950’s. 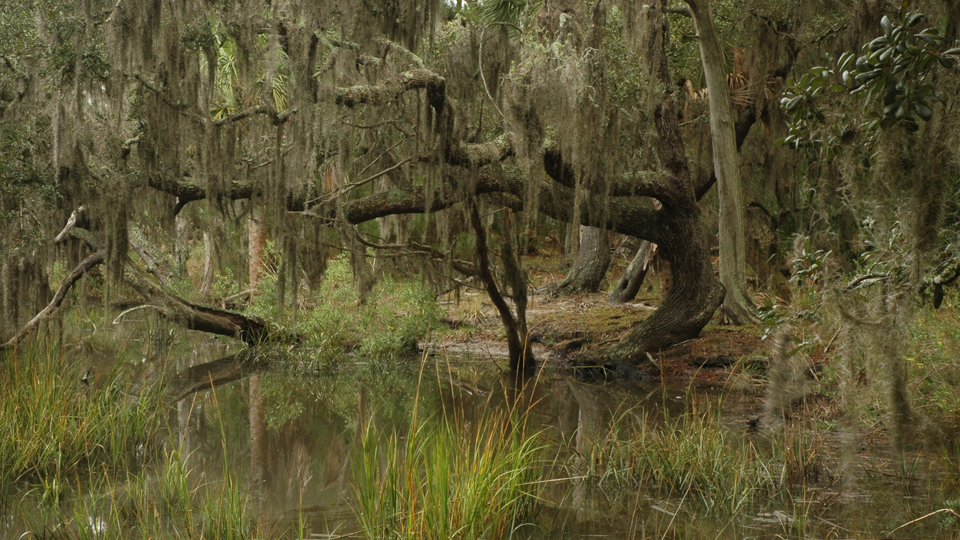 Ossabaw Island’s 17,000 acres of salt marshes produce more food and energy than any other estuarine zone on the eastern seaboard, providing nursery/spawning grounds for blue crab and several sport fishing species. Organisms living in salt marshes are adapted to the twice-daily flooding of salt water experienced in this habitat. In the lower areas that remain under salt water, the longest, smooth cordgrass dominates. In slightly higher elevations, (sometimes just a matter of inches), other plants such as needle rush can be found. Some zones within the salt marsh ecosystem that are even higher in elevation flood regularly, with one to three hours of submersion per twice-daily tide cycle. In these areas, salt accumulates to such a degree that no plants are able to grow, creating sandy bare spots known as salt pans.

In 1924, fifteen ponds fed by artesian wells existed on Ossabaw Island, providing water for cattle, prime duck habitat, and nesting areas for other native and migratory birds. In the 1960s, the wells stopped flowing, caused by industry along the coast tapping into the underground aquifer. As a result, the ponds became desiccated wetlands that fill only when sufficient rain is present.

Other low-lying areas known as ephemeral (seasonal) wetlands are dry depressions that collect water in heavily rainy periods.  When water is present, these wetlands support a variety of reptiles and amphibians. 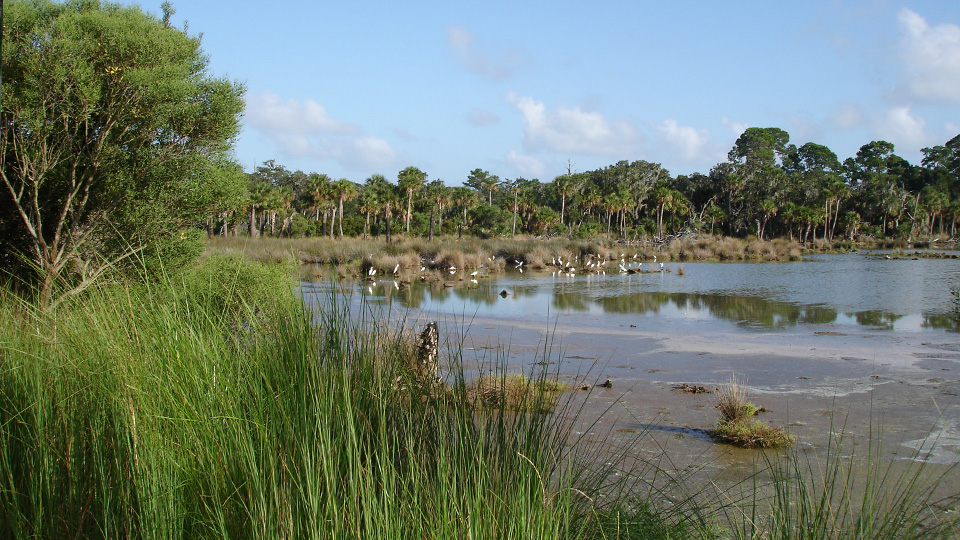 A few open grassy meadows are found on Ossabaw Island. Some are former cotton fields associated with four historic Ossabaw Island plantations. Natural meadows are found along the island’s east side, between the forests and the back of the dunes. Neo-tropical migratory birds and many resident passerine/songbird species rely on Ossabaw Island’s meadows and grasslands for food. A variety of small mammals also live in this environment, providing a prey base for red-tailed hawks, peregrine falcons, sharp-shinned hawks, bald eagles and other raptors. The Department of Natural Resources mows and burns these areas regularly in an effort to preserve this critical habitat.

Many endangered species including loggerhead sea turtles and wood storks nest on Ossabaw Island, as well as alligators, bald eagles, piping plovers and other species that are either protected, threatened, or are species of concern.  Ossabaw Island was dedicated as an Important Bird Area, IBA, by the National Audubon Society.  The IBA is a national registry of exceptional wildlife habitats.

Thirteen miles of pristine beach runs along Ossabaw’s east side. This is the most dynamic zone on the island, shifting and changing daily. The 30-foot-high dunes of Bradley Point to the north contrast dramatically with the low lying “bone yard” to the south, where the ocean has encroached into the forest. Massive oaks, pines, and cedars now lie in the intertidal zone, washed daily with each tide. Dunes and interdune meadows run the length of the island, providing critical foraging and nesting habitat as well as protection from storms and tidal surges. Ossabaw’s beach has one of the highest annual nesting densities in Georgia for the endangered loggerhead sea turtle.  Various bird species that are threatened, endangered or considered species of concern nest on Ossabaw’s beaches. These include Wilson’s plover, piping plover, American oystercatchers and least terns.