Her love of the island began in her childhood, shortly after her parents, Henry and Nell Torrey of Detroit, Michigan, purchased Ossabaw Island in 1924 as their winter retreat.  Download Mrs. West’s timline

In 1960 Sandy and her brother’s children inherited the island and the winter home her parents built on Ossabaw Island in 1924, the 20,000 square foot Spanish revival residence known as the Main House.  She also received an undivided half interest in the island; her brother Bill’s four children receiving the other half.

In 1965 Sandy learned about several donkeys needing adoption from a former breeder in South Carolina.  Sandy brought eleven of the animals to the island for pets for her four children.  The descendents of those donkeys live today in the wild on Ossabaw Island.  To protect the island

from the impact of too many non-native animals, all remaining donkeys have been sterilized to prevent future generations. 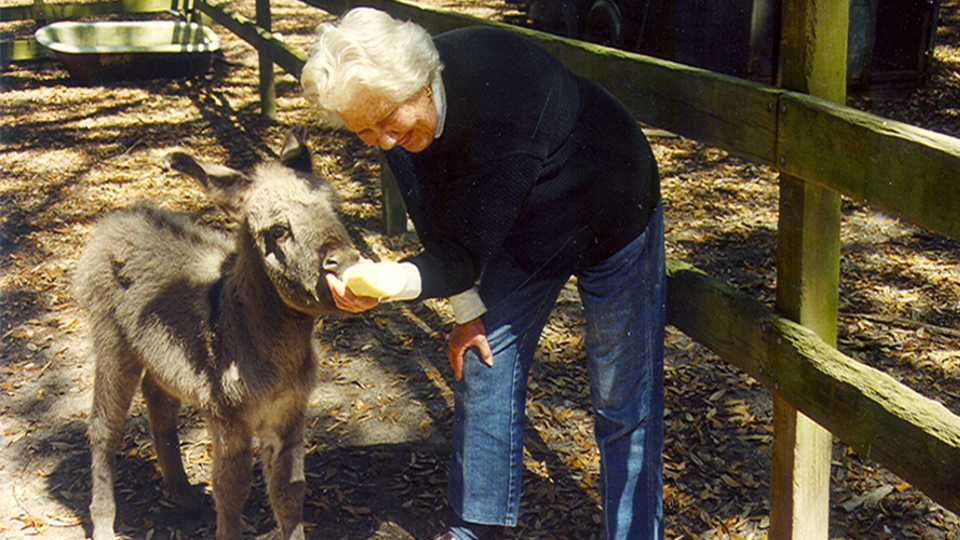 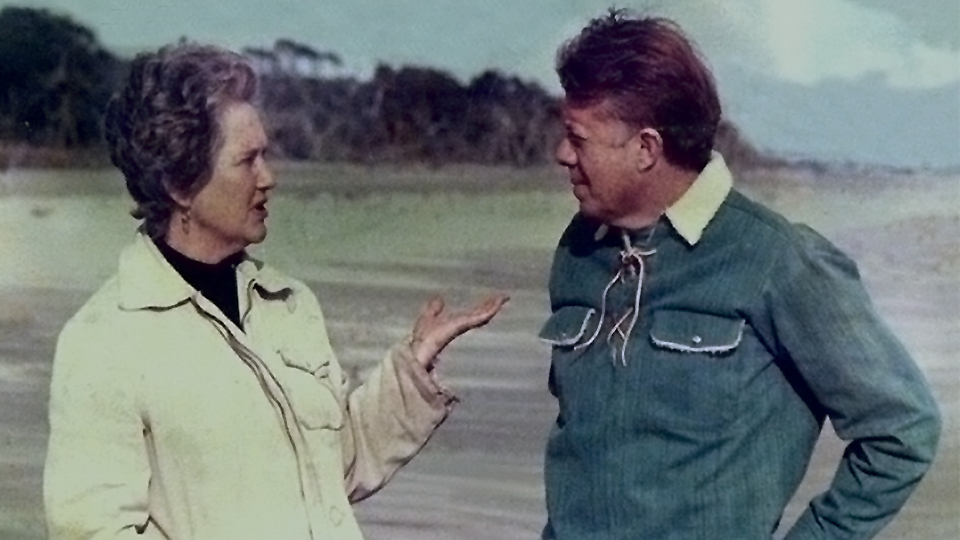 In the early 1970’s the rising property taxes for Ossabaw Island forced Sandy, her children and her nieces and nephews to face the necessity of giving up ownership of the island.  Rather than sell Ossabaw for private development, the Torreys and the Wests sought to assure that the island would remain in the unspoiled condition that they valued and had worked to preserve for nearly fifty years.

After eight years of negotiations with various state and federal organizations, the Torrey/West family, in an arrangement facilitated by then-President Jimmy Carter, sold Ossabaw Island to the state in 1978, at 50% percent of its estimated market value.  The sale stipulated that Ossabaw Island be declared Georgia’s first heritage preserve—set aside in perpetuity for scientific, educational, and cultural uses only.

Sandy West moved full time to live on Ossabaw Island in the Main House in 1987, sharing her home with her dog Toby, entertaining visits from her four children and from friends, exploring her longtime home of Ossabaw Island, and providing continued guidance to The Ossabaw Island Foundation on ways to “Reveal the Voices and Mystery of Ossabaw.”

Over the decades, Sandy West’s welcoming nature and curiosity about all types of people brought hundreds of people to Ossabaw for short visits or long stays, over and above the people who came to the island through the programming funded by The Ossabaw Foundation. 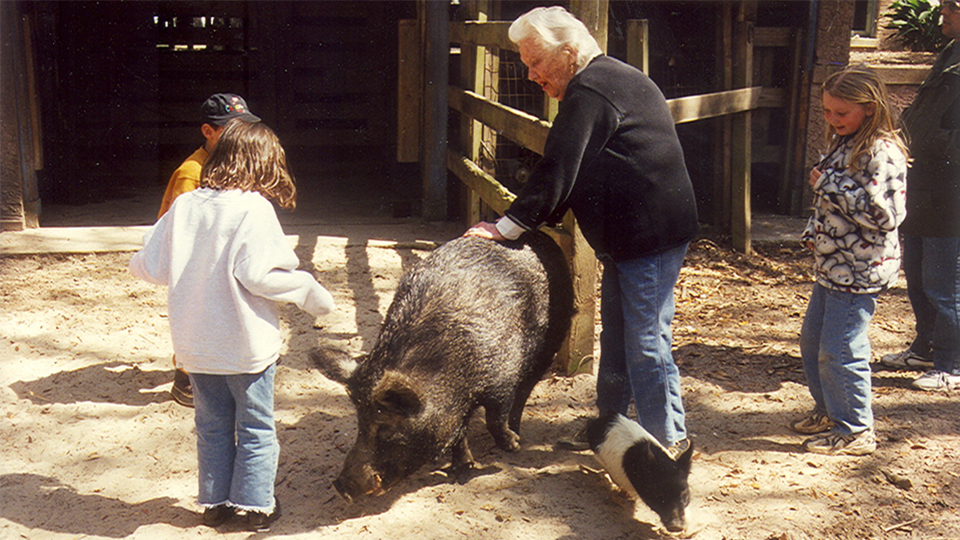 It is with great sadness, and many glorious memories, that The Ossabaw Island Foundation board and staff reflect on the news of the death of Eleanor “Sandy” Torrey West, on January 17, 2021 at her home in Garden City, Georgia. Mrs. West died on her 108th birthday.

“It is hard to imagine that the death of someone at age 108 is surprising, but we are in shock over the loss of our visionary and friend,” said Elizabeth DuBose, Executive Director of the Ossabaw Island Foundation. “Ossabaw Island, as we know it, exists because of Mrs. West, and Georgia is a better place because of her life’s work. We extend our deepest condolences to Mrs. West’s children, grandchildren, many other relatives, and legions of close friends.”

“I am truly distressed and saddened to learn of Mrs. West’s death,” said TOIF Board Chair M. Tyus Butler, Jr.  “It was Mrs. West’s vision, determination, sensitivity, and generosity that made the island’s preservation possible, all to the benefit of the State of Georgia, the public, the arts and sciences, the environment–all of us. God speed, Sandy.  What a wonderful life!  You are already sorely missed.”

Watch, “What we learned from Sandy West.”

Please read about Sandy West in the Savannah Morning News

“Sandy West showed love for Ossabaw by protecting island as a natural treasure.”