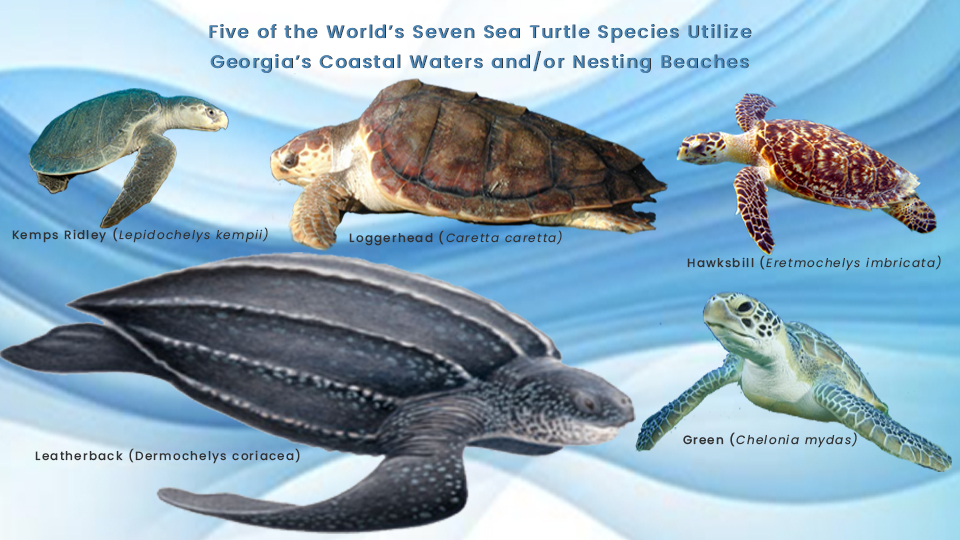 Only seven species of sea turtles can be found in the oceans of the world, five of which are found in the waters off Georgia’s coast.  The loggerhead (Caretta caretta) is the only species to nest here regularly on Ossabaw, Cumberland, St. Simons, Sapelo Wassau, and Georgia’s other barrier islands. The other four species, including the hawksbill (Eretmochels imbricata), Kemp’s ridley (Lepidochelys kepii), Green (Chelonia mydas) and leatherback (Dermochelys coriacea), prefer more tropical nesting locales yet use the Georgia coast for food and shelter and as a travel corridor to other destinations.

All five species of sea turtles found in Georgia are protected by state and federal law, principally by the Endangered Species Act. The Kemp’s ridley is the most endangered of the sea turtles, but all species are at risk.  The loggerhead is listed as threatened world-wide and is the focus of much of the Nongame-Endangered Wildlife Program’s sea turtle conservation efforts along the coast.

Like all sea turtles, the loggerhead is completely adapted to life in the ocean and depends on land only for reproduction.  Only the female returns to the beach.  When female turtles reach maturity (15-30 years), they leave the water and dig a nest in the sand on the beach, deposit the eggs, cover the nest, then return to the water.  In each nesting season, a female may lay up to six clutches, each containing 100 to 10 small, white, leathery eggs.  This process takes place every 2-3 years for each female.  After incubating for about eight weeks, the eggs hatch, and the hatchling turtles emerge from the nest and scamper to the ocean.

The season starts in May. 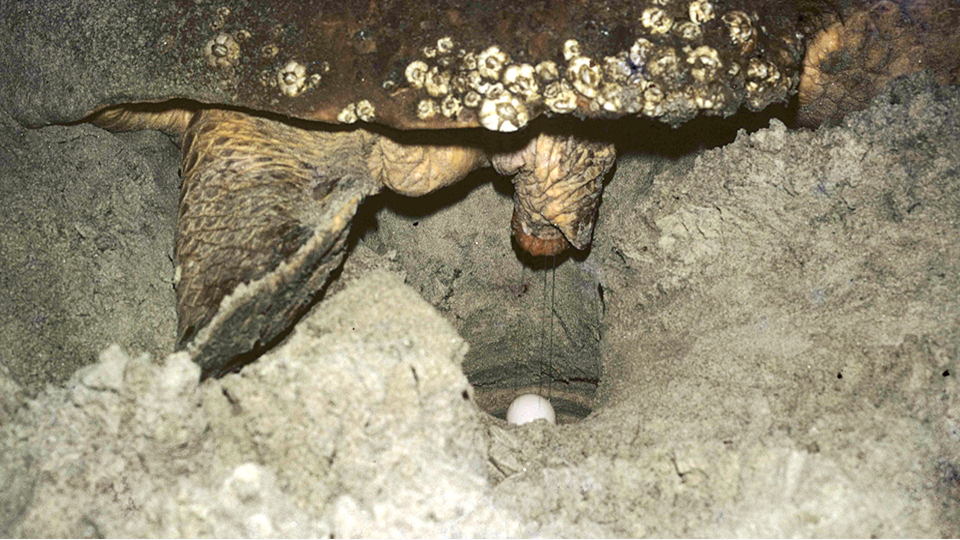 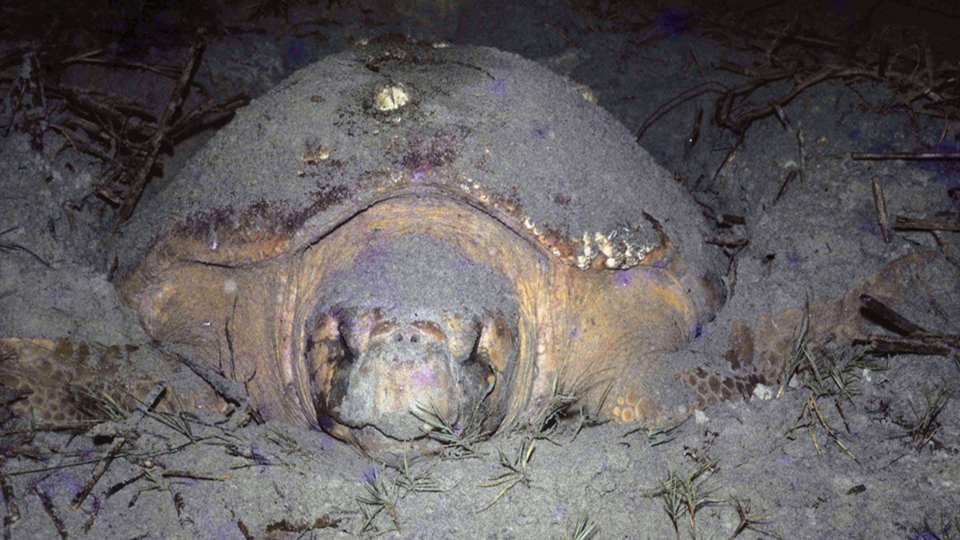 Loggerheads in the United States nest from North Carolina to Texas.  The species nests in Georgia from late May to mid-August.  Generally, female turtles nest on the same beaches each season, with some variations.  It is widely believed that hatchlings, when grown, return to their natal beaches to nest.

Because loggerhead nests are subject to predation by raccoons and feral hogs, poaching and habitat destruction, Program biologists monitor individual nests regularly during spring and summer. 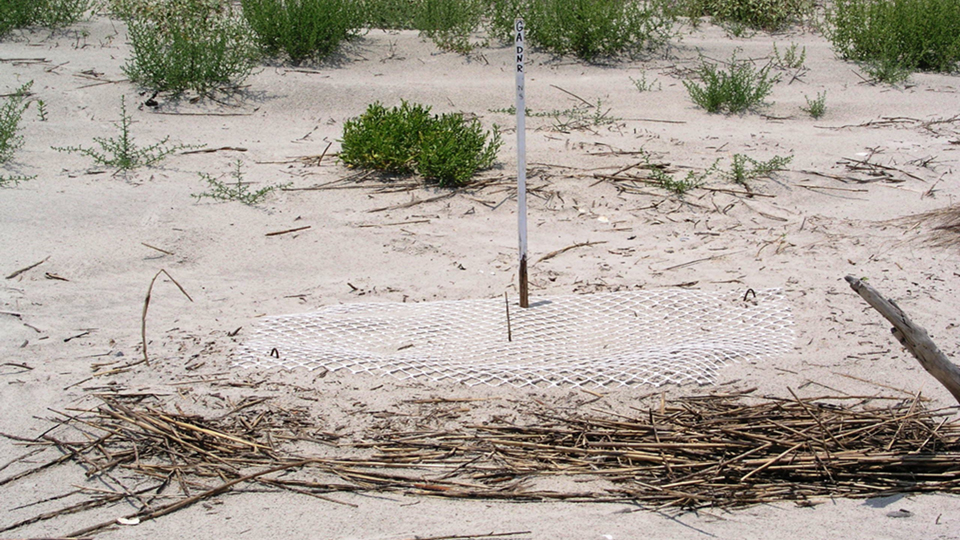 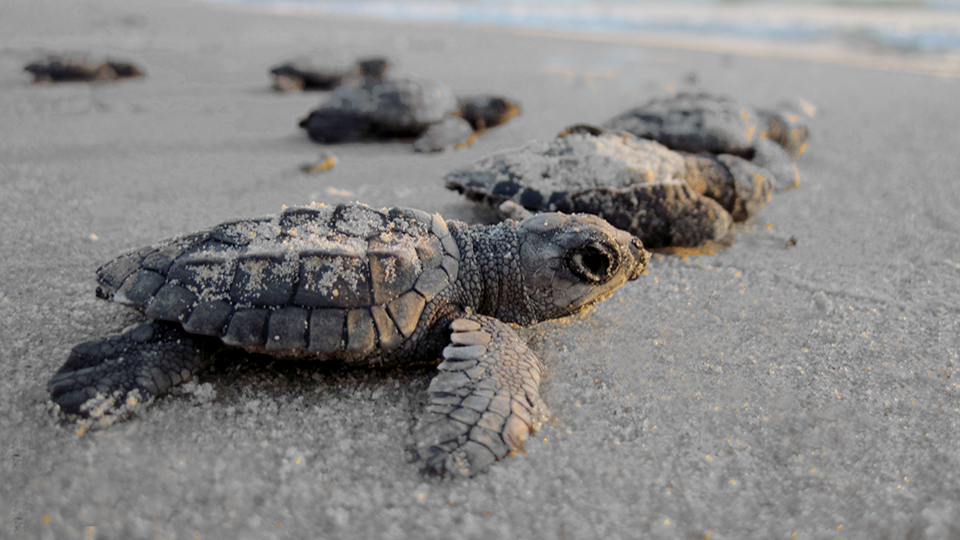 To report a dead or injured turtle, or sea turtle harassment, call:

If the sea turtle is tagged, please include the tag color and number in the report if possible.