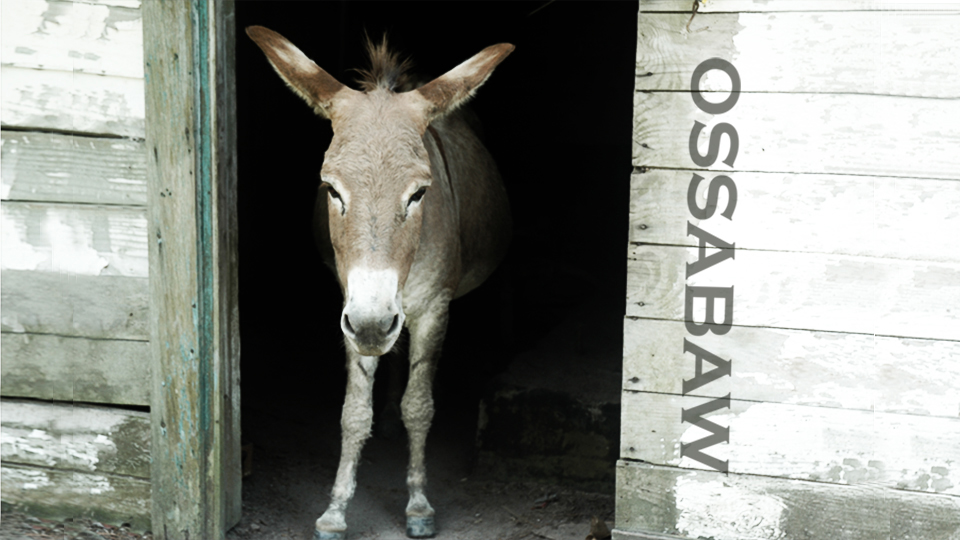 The story of the Ossabaw donkeys goes back almost fifty years and hovers around a charming island on the coast of South Carolina and a delightful man who owned the Island and  had lived there most of his life.  His great love and deep interest was animals.

In his later years he decided to import many exotic animals that could, of course, survive happily in a  compatible land that would provide familiar climate, food and terrain.  Soon Bull island was the home of zebra, mouflon, water buffalo and a group of Sicilian donkeys. The donkeys came from Sicily in the nineteen forties.  Alas, Porter Crosley, for that was the name of this remarkable man, died not too long after his wish was fulfilled, and the animals had to find a new home.  They were given to carefully selected people.

The news reached me eventually, just at the time of my son’s tenth birthday. I sneaked into the family Volkswagen minibus and left for Bull Island where I was greeted warmly and left with two jacks, a jenny and another jenny with a baby. They were all beautiful, lovable, friendly and peaceful. In Savannah I stopped at the post office, rushed in to get the mail, and came out to see an enchanted mob laughing with the donkeys in the bus.

My son, Justin, was thrilled and so was everyone else.  My Genesis biology students were delighted to be able to study wild animals loose on Ossabaw – living the life they were born to live without human tampering, experimenting and training. Three Genesis members from Penn State University received their PhDs with dissertations about the behavior of wild donkeys. 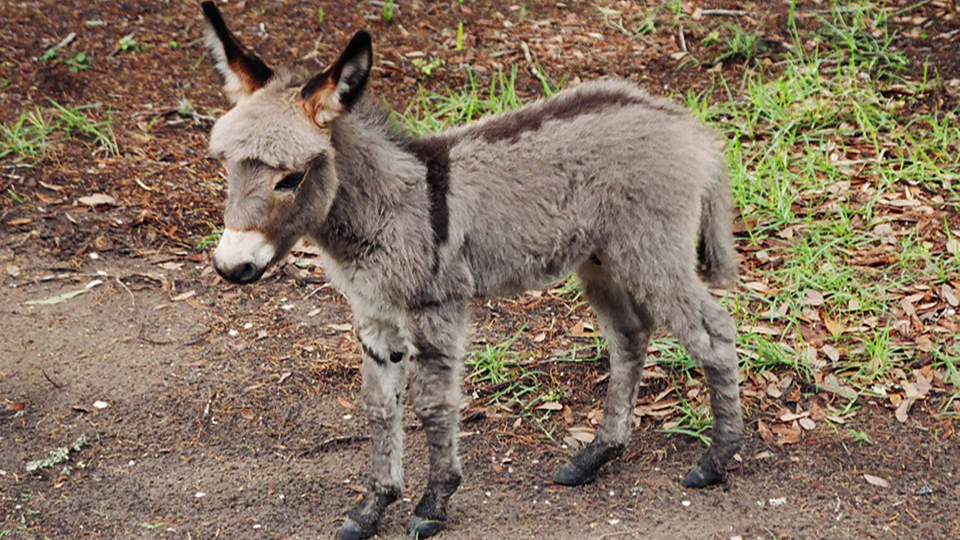 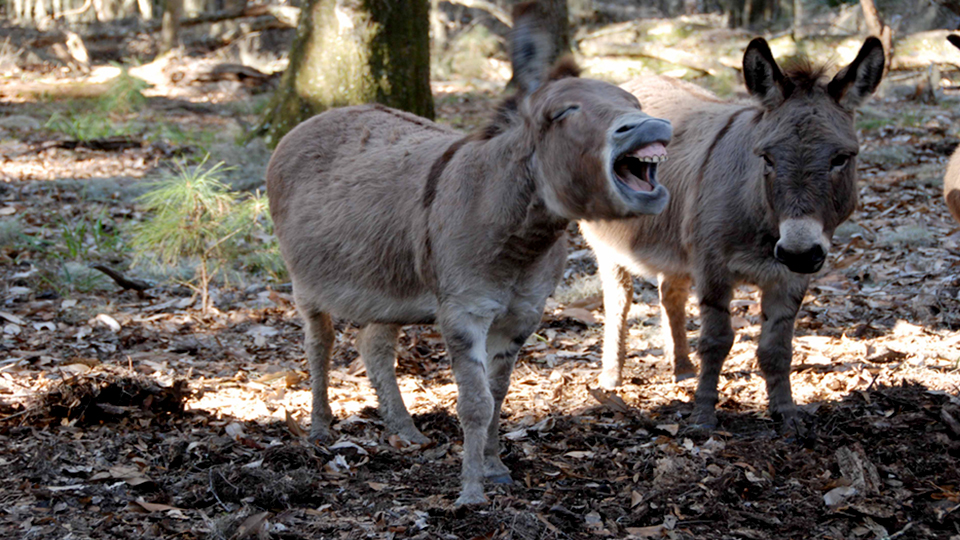 Sale of Ossabaw Island to the State of Georgia

Then, alas and woe, came the time when soaring taxes and financial problems forced our family to sell Ossabaw. After eight heart breaking years searching for a proper future landlord, The State of Georgia agreed to place iron-clad restrictions on the island’s future use and we in turn sold the island to them in 1978 at a bargain sale price.

By the late 1990’s, the donkey herd in this donkey paradise had expanded beyond belief.  The State’s Comprehensive Management Plan in 2000 determined the donkeys were “exotics” and therefore needed to be removed from the island. 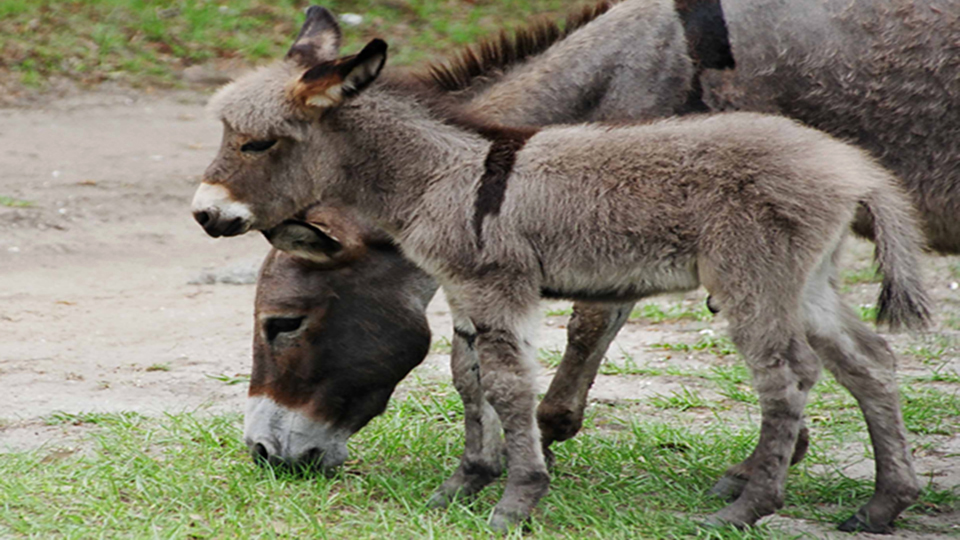 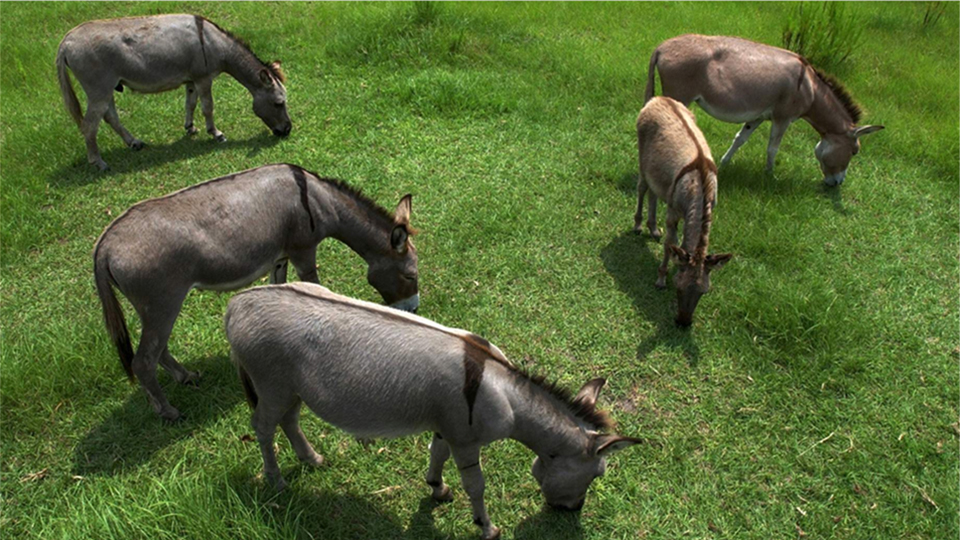 Can you imagine capturing 100 free roaming donkeys in the vast wilderness of Ossabaw; penning them up, feeding them, testing them for various diseases, barging them to the mainland and finding each one a  good home? The task itself, not to mention the expense of such a venture seemed daunting.

News got out of the plight of Ossabaw’s donkeys, a rare and now registered and valuable breed. Help came pouring in like magic. Organizations from Georgia and many other states came to the rescue offering free examinations and shots, food, lumber for pens and even following up on their status after they left the island. It was a tremendous undertaking involving many fine and grateful people. After the adoption of the majority of the herd, eight donkeys were allowed to remain on the island.